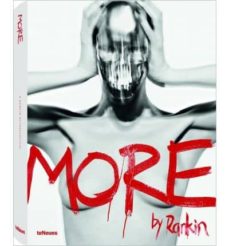 One of the most compelling celebrity photographers of his generation, Rankin brings a charged vitality to all the subjects he portrays. Never afraid to break with convention, he always brings a distinctive artistry to his saucy and irreverent interpretations of sex and glamour. This comprehensive overview combines the best of his work from the worlds of fashion, music and the media. Rankin manages to have us see familiar faces such as Heidi Klum or Beth Ditto in new and challenging ways. Never content with the status quo, he constantly innovates with daring projects such as his current Hunger magazine. Although a master of carefully constructed staging and composition, Rankin's images are always packed to the brim with freshness and spontaneity.

Rankings were generated by a voting panel made up of media members. The media members were asked to vote for who they feel are the top fighters in the UFC by weight-class and pound-for-pound.

On January 16, 2007, the album Reunion was released, and in 2009 the Rankin Family released their seventh studio album, These Are the Moments. On June 3, 2012, Raylene Rankin appeared on CBC Radio's The Sunday Edition where she spoke about her decade-long struggle with cancer. She died of metastatic breast cancer on September 30, 2012.